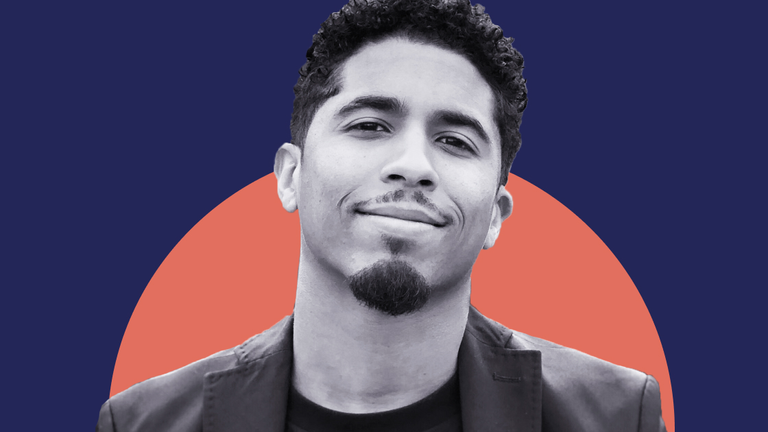 Listen on your favorite podcast app or on iTunes, Spotify, and Youtube.

This week we’re having tea with Chris Lyons, who leads the Cultural Leadership Fund at Andreessen Horowitz. The goal of the CLF is to connect great cultural leaders to the best new technology companies and enable more African Americans to get into tech.

Chris previously served as Chief of Staff at Andreessen Horowitz and worked with Jermaine Dupri as a music producer and engineer.

In this episode, Chris shares:

This interview has been lightly edited for length and clarity.

Immad Akhund: Give us a quick snapshot of how you got into investing.

Chris Lyons: I flew out to Silicon Valley because I founded a company in the restaurant technology space. I was only supposed to go for three months, but I got connected with Ben Horowitz who told me about a Chief of Staff position. I was 25 at the time and that changed the future of my career. I took my background in the music industry, startup world, and now venture capital to launch the Cultural Leadership Fund in 2018.

CLF is not only thinking about how we can connect the dots between the world’s greatest cultural leaders and the best new technology companies, but more so how we can be a voice within the startup ecosystem. We want to figure out how we can enable more African Americans to get not one foot in the door, but two feet in, and really be a part of the growing change that I was fortunate enough to get into.

There’s a systemic problem with African Americans not being involved enough in tech. Why did you decide to come at it from the cap table perspective?

If you think that the future of wealth is going to happen within the technology industry, then African Americans and people of color need to also have a seat at that table. It’s being very intentional about making sure that we can increase the level of inclusion that’s going into helping fund the next generation of businesses.

The second piece is when you think about African American culture, our culture has really helped redefine so many different industries. From rock and roll, to jazz, to hip hop, to what’s now happening in fashion with someone like Virgil, or what Serena did in tennis, and Tiger Woods in golf.

Technology is the next frontier and we need to make sure that we’re also preparing our leaders across all different sectors and industries to have access, advisory opportunities, and partnership opportunities to integrate with some of the work that they’re doing. Find a unique path to change the future of technology, but do it in a way that is authentic to our culture and allows us to have a front row seat as we’re trying to help make a difference here.

Not just African American celebrities, but all celebrities are getting more involved in startup investing. Do you think it’s almost like a branding change?

Before, endorsements were huge. The ability to get paid to promote a product was something that everybody knew and understood. It was a huge business. But we’ve seen a dramatic shift where people understand their worth and they also know that they can do it themselves.

You went from getting paid a hundred thousand dollars to then doing what Dr. Dre did with Beats — creating an entire entity and having equity into the company. And LeBron, rather than getting a deal to be a promotional partner, he said, “Well, I’d rather have equity into the business.” Once it gets acquired by Apple, that’s a completely different multiple from an opportunity perspective.

Ownership is really where the game is at, which goes to why equity is so important. It’s such a great opportunity within our culture and it’s not even just within technology; people are starting their own businesses and running their own production companies. It’s something that I see as a progressive movement that’s not going to go away. More and more entrepreneurs are going to be built because of this mind shift of going into an equity-first business proposal as opposed to, I want to get paid and then be happy.

But with that, there’s a lot of education that needs to be contributed in order to understand the world of venture capital and the world of startup investing. Especially within the Cultural Leadership Fund, we want to make sure we provide access to information. We help those interested in getting into venture capital and provide them with meaningful information and resources so that they can ultimately go out and do it themselves.

How do you think celebrity investors think differently from typical VC investors?

I don’t necessarily consider them celebrity investors. They have a strategic advantage that differentiates themselves from an institutional investor. It could be the network that they’re associated with, or their ability to think about product.

People always start off with, “Come tweet about my product, or can you do this Instagram post for my company?” Those are definitely opportunities that can work. But when you can remove the follower count, and understand who they are as entrepreneurs, you get a chance to dissect the ways in which we can all work together in an industry. So my suggestion is never think about talent first, or trying to get visibility, or having somebody on the cap table just because it might help with your press release. Think about how your product is going to help change the world and disrupt an industry. Through that, the appropriate people are going to get wind of it and want to support and back your mission.

Ultimately when you are going to be associated with the company, you want to check and see, “Who is this person that I’m going to put my name and capital behind?”

If you’re building a company that’s not ethical, or it doesn’t feel on the right side of where the world should be going, that makes it a lot harder for people to want to support you. People can build whatever type of businesses they want, but with the Cultural Leadership Fund we think that technology is going to really help impact the world. We want to do our part in order to help communicate how we can bridge those gaps together.

We’ve talked about cap table quite a bit. What other concrete things can entrepreneurs be doing to increase diversity?

One of the easiest things you can do is go outside of your circles. The world is big. Evaluate the criteria of where you’re trying to hire, or what you’re looking for, or look at different school systems outside of the traditional Ivy League schools. Of course there’s great talent at Stanford, Harvard, Yale, and MIT. At the same time, the HBCU ecosystems have some of the world’s best talent and some of the smartest people I’ve ever met that are running incredible companies right now.

One of my super close friends, his name’s Diishan Imira, we’re investors in his company called Mayvenn. He’s revolutionizing hairstylists through technology and allowing anybody to run their own business through his e-Commerce platform. Most recently he’s got financial software helping empower one of the largest industries in black America. Everybody has to get their hair done, but who would have thought that that would be a potential multibillion dollar business. You have to think outside of your culture and what you know. Once we can start doing that, I think that the problems that our companies are solving are going to continue to expand.

What’s the best fundraising advice you’ve ever received or given?

Whenever you need to follow back up with an investor, don’t just ping and say, “Hey, just checking in. Do you have an update?” It’s always great to come back with additional information. “Since we last caught up, metrics have gone up to the right, we’ve closed these two partners that were in LOI when we first started talking. We just signed our term sheet, we still have this little bit of room left, happy to get you in, but the train is moving.”

Regardless of whether or not that person is going to invest, what you’re doing is continually reminding yourself, “I’m moving forward.” You have to remember that you’re the catch; obviously there are great investors in the world, but investors are only successful because we have great entrepreneurs. Never take anything personal and always make sure that you’re coming in with your best foot forward.

That’s a good way to think about it. Sometimes it feels like there’s a power disparity towards the investor’s side.

I know so many people that are raising pre-seed rounds and going to talk with VC firms that don’t even do pre-seed. Make sure that you do your diligence on the type of investor. If you’re a hardware company trying to raise money from a software firm, that’s not going to work regardless of how big your idea is. VC firms all have specific investment types, check sizes that they like to write, ownership percentage that they need. Stay up to speed and understand the investor and get the information, which is easily accessible now across so many different platforms.

I remember flying across the country for a pitch. It was an LP that I really wanted to have on the cap table and I was super prepared. We were going to meet at this fancy restaurant, I got my pitch deck, I go out there and I’m early, I’m all prepared, I’m hungry. We sit down, we talk for literally 10 minutes. He has one bite of his soup and says, “All right, I’m good. Thank you very much, I heard everything.” Afterwards I was like, “Oh my God, what the heck just happened? Are you in? Are you not in? What’s going on?”

Sure enough, he was just smarter than me. He’s like, “I got it that quick, I didn’t have to finish my soup.” It was a funny situation where I was overthinking things, especially because I didn’t hear back for a few days. That gave me a lesson to never take anything personal, because you never know what’s going on in the other person’s mind. And also to always make sure that you’re doing your best. If you do your best, you can always say, “Look, I gave it my all, and if it doesn’t work, it doesn’t work, and I’m going to keep rolling one way or another.”

We’ve had multiple dinners since then, and we’ve finished the whole course and he’s actually one of my favorite LPs now. But back then, I felt like the whole world was on my shoulders, I had no idea what was going to happen.

You can also send us a note at [email protected]. We’d love to hear what you thought of the episode, or who you’d like us to have tea with next.