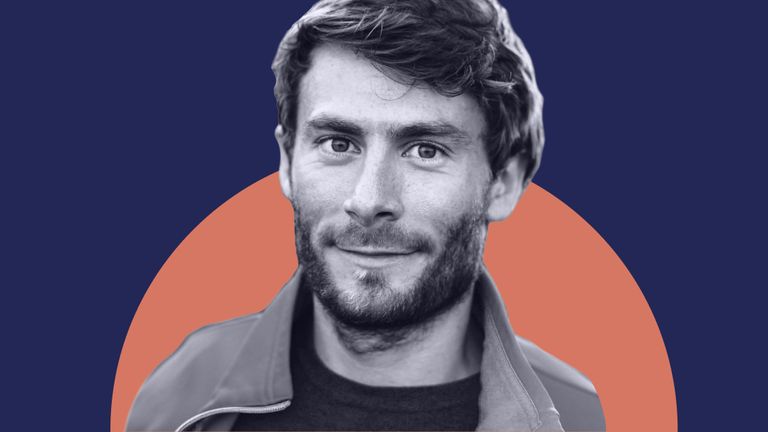 Listen on your favorite podcast app or on iTunes, Spotify, and Youtube.

This week we’re having tea with Seth Bannon, a founding partner at Fifty Years. Fifty Years, a seed fund backing socially impactful startups, has invested in companies including Memphis Meats, Solugen, and Astranis. Previously, Seth was founder/CEO of Amicus, a Y Combinator-backed fundraising tool for non-profits.

In this episode Seth shares:

This interview has been lightly edited for length and clarity.

What’s been going on with some of your portfolio companies in response to COVID-19?

We just published a link on our website describing how all of our companies are addressing the crisis:

What are the broad categories of things that technology, and technology companies can do, to help solve or improve the situation right now?

We actually think that this is our World War II moment. That is not a dramatic comparison because this is a pandemic where, if nothing is done, tens of millions of people might die and so the scale of the threat is actually quite similar.

If you look at what came out of the World War II mobilization efforts, we got: mass production of antibiotics, blood plasma as a therapeutic, skin grafts, mass immunization, the initial flu vaccine, pressurized plane cabins, nuclear power, and the first programmable digital computer.

That effort laid the technological foundation that enabled society to move forward for decades to come. And if we respond to this pandemic in the same way, we might come out of it much stronger than we were before.

There’s a whole host of immediate challenges that COVID-19 is presenting that we don’t have solutions for. How do we manufacture, scale and deliver masks, personal protective equipment, ventilators and touchless temperature checkers. It’s both a manufacturing and logistical problem. And obviously therapeutics, vaccines, antibody tests, and information systems that allow epidemiologists to make the best decisions. These are huge unsolved technical challenges and problems.

The American slogan during World War II was, “We’re all in this together”. And that feels really, really apt to us right now.

Let’s say I’m a technologist and I have spare time or want to devote my efforts to this. What can I do?

Efforts like these can turn out to be great businesses after a crisis is done. The company that developed Minute Maid Orange Juice was actually a wartime effort to get delicious nutrition to soldiers on the front line. It turns out that a lot of people want cheap, delicious nutrition, and they ended up selling that company to Coca-Cola for a large amount of money.

Everyone’s waiting for this vaccine. Is it realistic for that to happen in any sort of short timeframe?

If there has been one silver lining here, it’s been the speed at which the scientific community has reacted to this. The viral DNA was sequenced and released online by Chinese researchers before the virus even left China; it’s a level of collaboration that we haven’t really seen before. Then from the time that sequence was posted online, to having an actual vaccine in humans for testing, was 66 days. It’s a testament not only to the level of scientific collaboration we’ve seen here across borders, but also the synthetic biology infrastructure that we’ve built over the last five years.

The difficult thing about vaccines is that they have a very high safety bar, rightly so because vaccines are things you’re putting into healthy people. So I don’t think we’re going to have a vaccine on market for minimum eight months; and that would require an absolute breakneck speed from the FDA and an approval process like we’ve never seen before.

I think a more likely trajectory towards a solution is a therapeutic; something that can take someone who already is infected, and then clear them of the infection. You can tolerate a little bit more risk, because that person is already at risk, unlike a healthy person. Therapeutics are also preferable in a case like this because you don’t have to manufacture nearly as many. Whether or not they will come in the next few months is very unclear; we’re going to have to wait for the regulatory process to play out.

How do we stop this in the future? Where’s the optimistic place we can get to after the experiences we’ve had?

Lockdowns and shelter-in-place are akin to holding your breath, right? It’s what we have to do now, to make sure that this doesn’t just sort of light the world on fire. But it’s not a long term solution, you can’t hold your breath forever.

If you again look at the World War II analogy, there was a ship builder named Henry Kaiser. At that time, to build a ship the size of a naval vessel took about 365 days. So the federal government said, “Listen, we need ships built faster, who can do it?”

Henry Kaiser actually ended up building a full naval ship in five days. Fastest it was ever done.

How did he do that?

He did it by innovating on the process of manufacturing. He manufactured different parts of the ship in different areas and figured out this way of snapping them together in a way that had never been done before. And this enabled him to have a really fantastic shipbuilding business after the war.

He went on to found Kaiser Steel, Kaiser Aluminum, and Kaiser Permanente, the largest health care network in California. It’s really inspiring, because I want to know what company will bring the development of vaccines down from a year to weeks out of this crisis. What company will figure out how to find repurposed drugs to access therapeutics, instead of in months in days?

Right now we’re developing technology that will not only help us solve COVID-19, but that will leave us as a species more resilient to the next outbreak.

The administration’s positioning is, “We have a really great private sector with tons of innovation and capacity.” Is capitalism going to save America here?

No. We couldn’t rely on capitalism to win World War II, right? What happened was you had federal leadership that said, “This is what we need to do. This is how we’re going to win it. Hey, business community, this is what we need of you. If you supply this, here’s the pool of capital, go build.”

Have you ever read the book Antifragile by Nassim Taleb? It’s about how fragile systems can shatter in Black Swan events like these. But other systems improve when they’re tested. I wonder if this is going to shift the world a little bit towards a more antifragile state.

Oh, there will be positives that come with this. I think our ability to respond to future pandemics will make us less fragile. In the same way the 2008 financial crisis led to some reforms in the financial sector, that has made that sector way stronger and way less fragile. It’s amazing that the stock market can plunge 35% and we’re not talking about crisis hitting the banking sector. That’s because the ‘08 crisis revealed some unbelievable weaknesses that have now been fixed. In a very similar way, this crisis will reveal some weaknesses in the way we’ve been going about life both in terms of pandemic response and potentially in terms of supply chain that will enable the entire world to run more efficiently and more reliably afterwards.

What’s the startup idea that you wish someone would invest in or do right now?

There’s this new technology called directed evolution of enzymes. So basically enzymes are these molecular machines that do most of the work in the body. They’re historically really hard to engineer; it’s really hard to get an enzyme to do what you want it to do. What they do is defined not only by their genomic sequence, so the code of their DNA, but also by their morphologies for the way these things fold in three dimensional space. These enzymes are complex structures and if an enzyme with the same sequence folds differently, it does something totally different. And the ability to engineer enzymes has eluded bioengineering for a long time.

Well, in 2008 this professor at Caltech, Frances Arnold, figured out a way of using the power of evolution to get enzymes to do what we want them to do. You get three enzymes that are the closest at doing what you want them to do, you randomly damage those enzymes; you can just irradiate them. Now you have 1,000 different variants of those enzymes. You set up an experimental setup where the enzymes that do what you want them to do survive, and the other ones get destroyed. You then take the three winners, you randomly damage them, and you rinse and repeat. And it turns out that through this process, you can get an enzyme that does what you want it to do. You have no idea why it does it. It’s a pure engineering approach to enzyme engineering.

I would love to see a startup turn directed evolution of enzymes into a service. I think it could be a really interesting infrastructure layer.

What do you make with enzymes? I mean, it sounds cool, but how do you actually apply that enzyme to something?

You can use enzymes to do almost anything. One of our companies is making industrial chemicals using enzymes. We have another company that’s making unnatural amino acids for therapeutics using enzymes. Enzymes are actually used a lot in soaps, because they’re really great at getting grime out of clothes. Enzymes are very, very versatile. They’re the biological machines that do most of the work in biology.

You can also send us a note at [email protected]. We’d love to hear what you thought of the episode, or who you’d like us to have tea with next.