In June, we launched our inaugural Mercury Raise First Check program, giving early-stage startups a chance at a $15K investment on an uncapped MFN SAFE.

We knew this would be novel for a few reasons: 1) it would be Mercury’s first time directly investing in startups, 2) it would expand the Raise umbrella to younger companies, and 3) it would give the Mercury community a voice in the selection process.

We want to sincerely thank everyone who took the time to vote for their favorite Raise First Check companies.

Without further ado, congratulations to our three Raise First Check recipients: Emergency, GOBLAQ, and Greether. You can meet them below:

“We will live up to your faith in us, and promise to positively impact the world.” - Joe Russo (Founder, Emergency) About the founder: In 2017, Joe Russo spent a week serving in the Florida Keys Emergency Operations Center after Hurricane Irma, a Category 5 storm. This firsthand experience convinced him how critical technology could be to saving lives in natural disasters.

The problem they’re tackling: Every year, natural disasters cause hundreds of deaths in the United States. Existing emergency tech is a disaster in itself, often delivering information in the form of scattered, inaccurate, and unactionable data. What has yet to emerge is a reliable app that prepares individuals and first responders for these crises, and this is a gap that Emergency intends to fill.

Their current progress: Right now, Emergency is building their MVP — a free web application for those impacted by hurricanes — and it also has a few paid pilot programs lined up. The company has assembled top-notch design and developer teams, as well as a seasoned advisory board.

Biggest challenges they’ve encountered: As a first-time entrepreneur, Joe has identified three main challenges: 1) putting together a high-quality team to build the product, 2) developing relationships in order to raise capital, and 3) building a customer base from scratch.

Why they applied for Mercury Raise First Check: Joe chose to open Emergency’s first business account* at Mercury because of Mercury’s consistent support for startup customers. He also saw how many early-stage founders struggled to find funding, so applying for Raise First Check was a “no-brainer.”

How they’ll use Mercury’s $15K investment: $10K will be allocated toward hiring best-in-class GIS developers to support the product build. The remaining $5K will be split between UI/UX design and reserve expenses to onboard government customers to Emergency’s paid pilot programs.

“Thank you for this great opportunity and we hope to continue our business with Mercury.” - Nenaji Agbolabori and Jessie Uchendu (Co-founders, GOBLAQ) 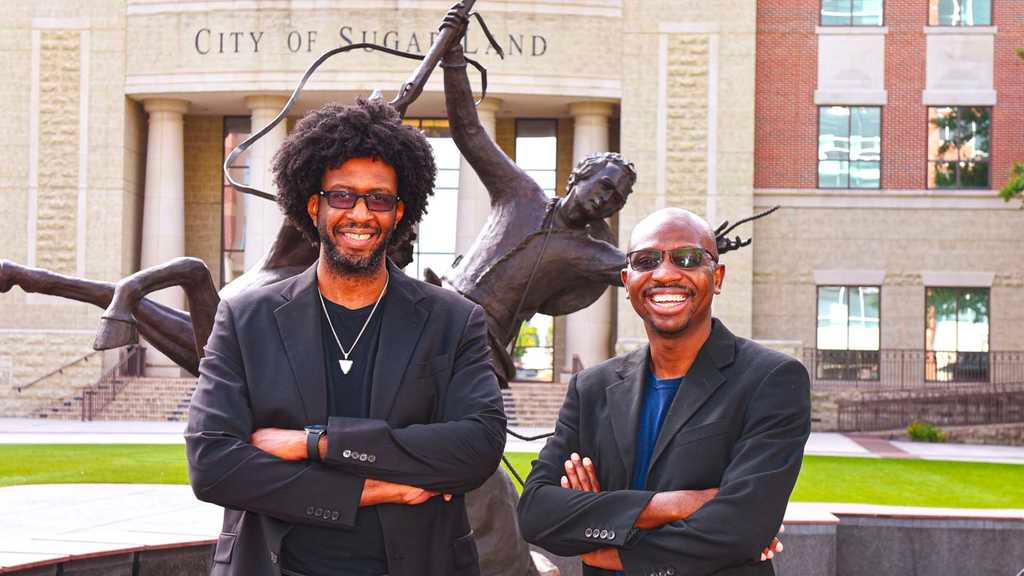 About the founders: Nenaji Agbolabori and Jessie Uchendu first met through their wives. What followed was many conversations about the lack of mentors in their line of work. Eventually, Nenaji approached Jessie about an idea: to provide mentorship and coaching for Black professionals. After a few months of brainstorming and market research, they came up with GOBLAQ.

The problem they’re tackling: There is a fundamental scarcity of mentors and coaches for Black professionals. GOBLAQ’s mission is to transform the lives of 1 billion Black people in the next decade, focusing on the United States, Canada, Europe, and Africa.

Their current progress: GOBLAQ has built their beta site, which is intended to be a community hub for mentees to find mentors and schedule 1:1 live coaching sessions. They are currently pre-revenue but hope to build their platform into a modern village.

Biggest challenges they’ve encountered: For both founders, personal finances have been a challenge. In order to continue working on GOBLAQ, they’ve taken contract jobs to cover some of their bills.

Why they applied for Mercury Raise First Check: As customers, Nenaji and Jessie were already fans of Mercury. Then they heard about how Raise First Check planned to empower the next generation of startups and knew they had to apply; they also didn’t want to pass up a chance at $15K.

How they’ll use Mercury’s $15K investment: GOBLAQ plans to use their money on developers, social media, marketing campaigns, PR, and overall operational expenses.

“Thank you for believing and investing in Greether. We would love to connect with anyone else who is interested in changing the way women navigate the world!” - Vanessa Karel (Founder, Greether) 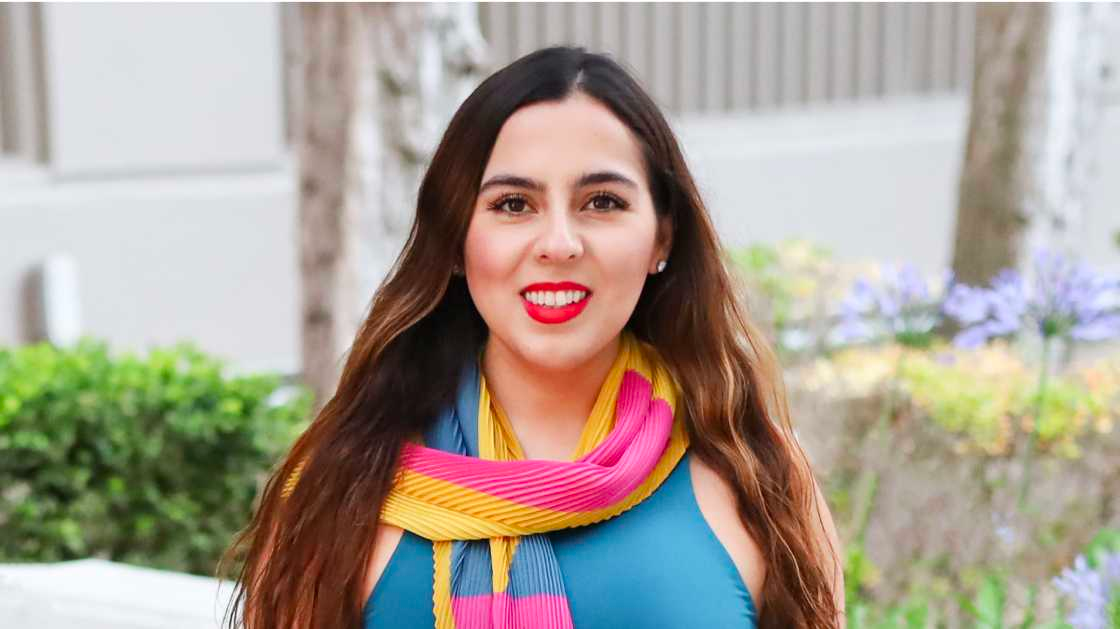 About the founder: Vanessa Karel previously founded Collective Theory, a production agency that worked with top brands like AT&T and The North Face, and she currently volunteers as the managing director of Girls in Tech, Inc. Already familiar with overcoming the challenges of being a non-technical Latina founder, Vanessa came up with Greether to change the experiences of female travelers worldwide.

The problem they’re tackling: The number one concern among female travelers is getting around safely. Greether’s mission is to connect female travelers with verified local female guides that can meet them at a desired location, offer a tailored local experience, and be a designated point of contact throughout their stay. This helps women travel with less risk while supporting women’s economic empowerment around the world.

Their current progress: In less than a year, Greether has signed up users in over 80 countries and 400 cities around the world. As of June 2022, they have received bookings in 8 different countries. Their plan is to release an updated web application, as well as a new mobile app by the end of the year. Recently, Vanessa was named one of the "100 Rising Latinx Founders to Watch" by Inicio Ventures and Greether also received an award at 2021's “Latinas Who Lead” pitch competition.

Biggest challenge they’ve encountered: As a non-technical founder, Vanessa’s biggest challenge has been bootstrapping a tech-enabled startup with limited resources. However, she has embraced the opportunity to learn and lead.

Why they applied for Mercury Raise First Check: As Mercury customers, Greether’s team was excited to learn about the networking and fundraising opportunities that were available to them. They were especially interested in Raise First Check’s potential to expedite their growth as an early-stage startup.

How they’ll use Mercury’s $15K investment: Greether will use their $15K to put the finishing touches on the second version of their MVP web app, which will help them automate more bookings.

Every founder starts out as an early-stage founder. And a “first check” goes beyond the proverbial; it’s validation that someone believes in your idea.

Our goal with Mercury Raise has always been to help founders fund their ideas so that they have the support to do what they do best. After building out opportunities for seed, Series A, and DTC companies, we’re thrilled to finally welcome early-stage startups into the fold. We hope to continue meeting founders where they are.

To all the Raise First Check applicants and voters, as well as all the supporters who shared the program with their networks — thank you for helping us support the next generation of entrepreneurs.

We’re always looking for more ways to empower founders. If you’re interested in fundraising support, check out all of our Mercury Raise programs to discover which one is the best fit for your company stage. If you’d like to connect with investors directly, head to our Investor DB. To explore more financing options, take a look at our Venture Debt program.